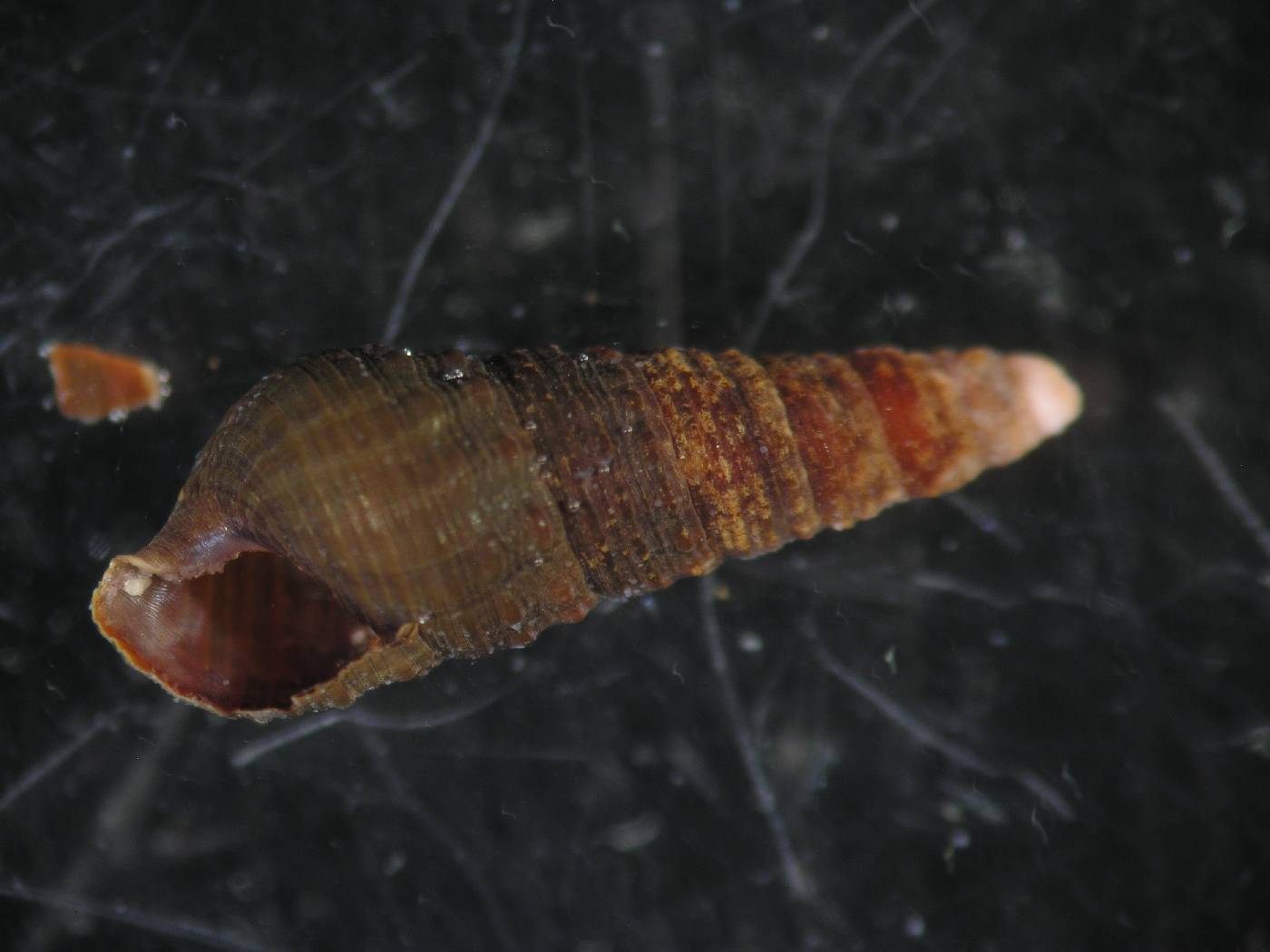 Species Description: The shell of the West Indian false cerith, Batillaria minima, is elongate with 6-8 whorls opening to an oval aperture (Abbott & Morris 1995). Sutures separating the whorls are well-defined, the apex is sharp, and a series of low vertical ribs on the shell are interrupted by irregular knobby ridges.

Regional Occurrence: The range of B. minima extends from southern Florida to Brazil, and Bermuda (Abbott & Morris 1995). Populations are commonly found in shallow waters on exposed mud and sand flats.

IRL Distribution: The distribution of the West Indian false cerith in the IRL is likely undocumented. However, the range of the species suggests it occurs most commonly on tidal flats in southern areas of the lagoon.

Age, Size, Lifespan: The West Indian false cerith is a tiny snail, with a shell measuring up to about 1.3 cm in length (Abbott & Morris 1995). Lifespan varies with environmental conditions and other factors.

Temperature & Salinity: Little information is available concerning the physical tolerances of B. minima. However, its natural range encompasses marine and estuarine habitats in tropical and subtropical climate zones. This pattern of distribution suggests that populations of the snail prefer and/or require warm, saline waters in order to thrive.

Trophic Mode: Although studies involving the dietary preferences of the West Indian false cerith are absent or elusive, the snail likely forages on detritus and algal material growing on mud and sand flats

Predators: Little information is available concerning the predators of B. minima. However, several species of crustaceans, birds, fishes and other carnivorous snails likely prey upon the West Indian false cerith. When threatened, B. minima can retreat far enough into its shell to often protect itself from cracks and chips made in the lip of the shell by potential predators (Örstan 2006).

Parasites: Several snail species act as primary or intermediate hosts for a variety of parasites, which are transferred to and from birds and other aquatic organisms. Studies have shown that the West Indian false cerith is parasitized by worms such as the trematode, Cercaria caribbea XXXI (Lafferty et al. 2005). Worms are transmitted to B. minima through infected bird droppings and released into the water column where they may be transferred to marine crabs. Infected snails can usually be identified by the presence of trematodes where healthy gonads are normally located.