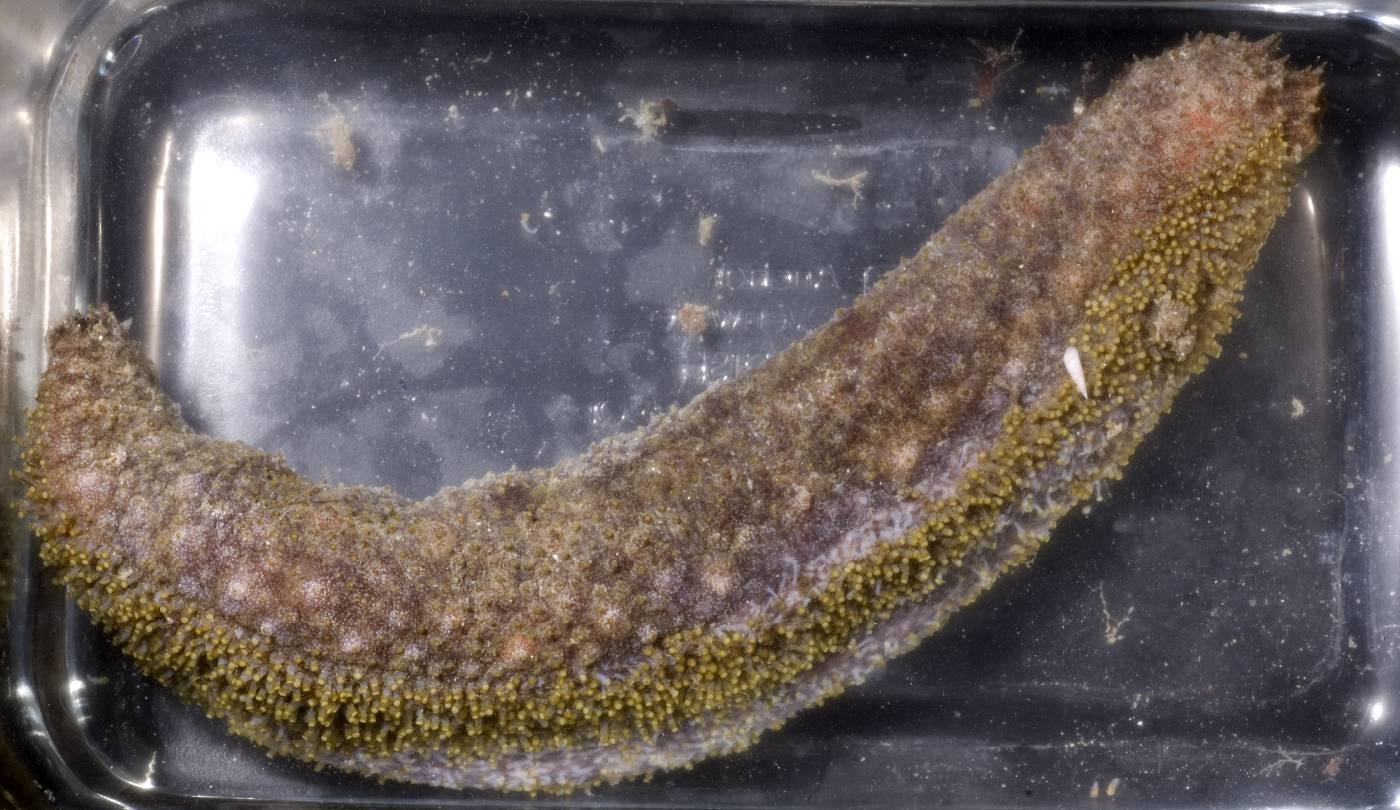 Species Description: The body of the gray sea cucumber, Holothuria grisea, is subcylindrical with a flattened sole covered in cylindrical tube feet (Hendler et al. 1995). In adults, six rows of papillae are found on the surface of the upper body. Juveniles have four rows. The papillae originate from large warts, each surrounded by 5-10 small tube feet. The mouth is positioned downward slightly, and is encircled by 20-25 bushy peltate tentacles.

The gray sea cucumber has a more striking color pattern than its name suggests, which is a distinguishing feature in the species. Base colors include variations of red or yellowish red, marked with brown mottling (Hendler et al. 1995). Papillae on the upper body are white with yellow tips, the feet on the sole are tipped in yellow, and the tentacles are yellow.

The body wall ossicles, including tables with 12 marginal spines on the disk, are scattered (Hendler et al. 1995). H. grisea also has an inner layer of plates with two or four central holes, smaller peripheral holes, and blunt teeth surrounding the margin.

Habitat & Regional Occurrence: H. grisea inhabits seagrass beds, sand flats and, can often be found in Florida on reefs created by the worm Phragmatopoma lapidosa (Hendler et al. 1995). Individuals are found intertidally to a depth of less than 5 m.

The broad range of H. grisea extends from Florida (although not reported in the Florida Keys) to the Bahamas, Puerto Rico, Jamaica, the Lesser Antilles to Curaςao, Panama, Colombia, southern Brazil and West Africa (Hendler et al. 1995). This species may be a seasonal resident of coastal Texas (Pomory 1989).

Indian River Lagoon Distribution: The gray sea cucumber can be found throughout the IRL, although it appears to be most prevalent near inlets on rock-lined jetties and among worm reefs (LH Sweat, personal observation). H. grisea is reportedly more abundant in the summer months, even when salinities and temperatures increase substantially in shallow lagoon areas (Hendler et al. 1995). 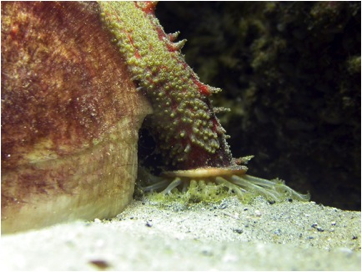 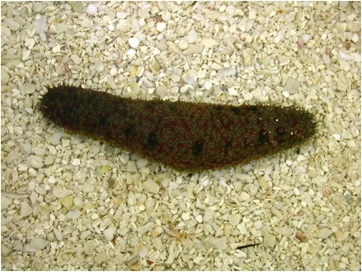