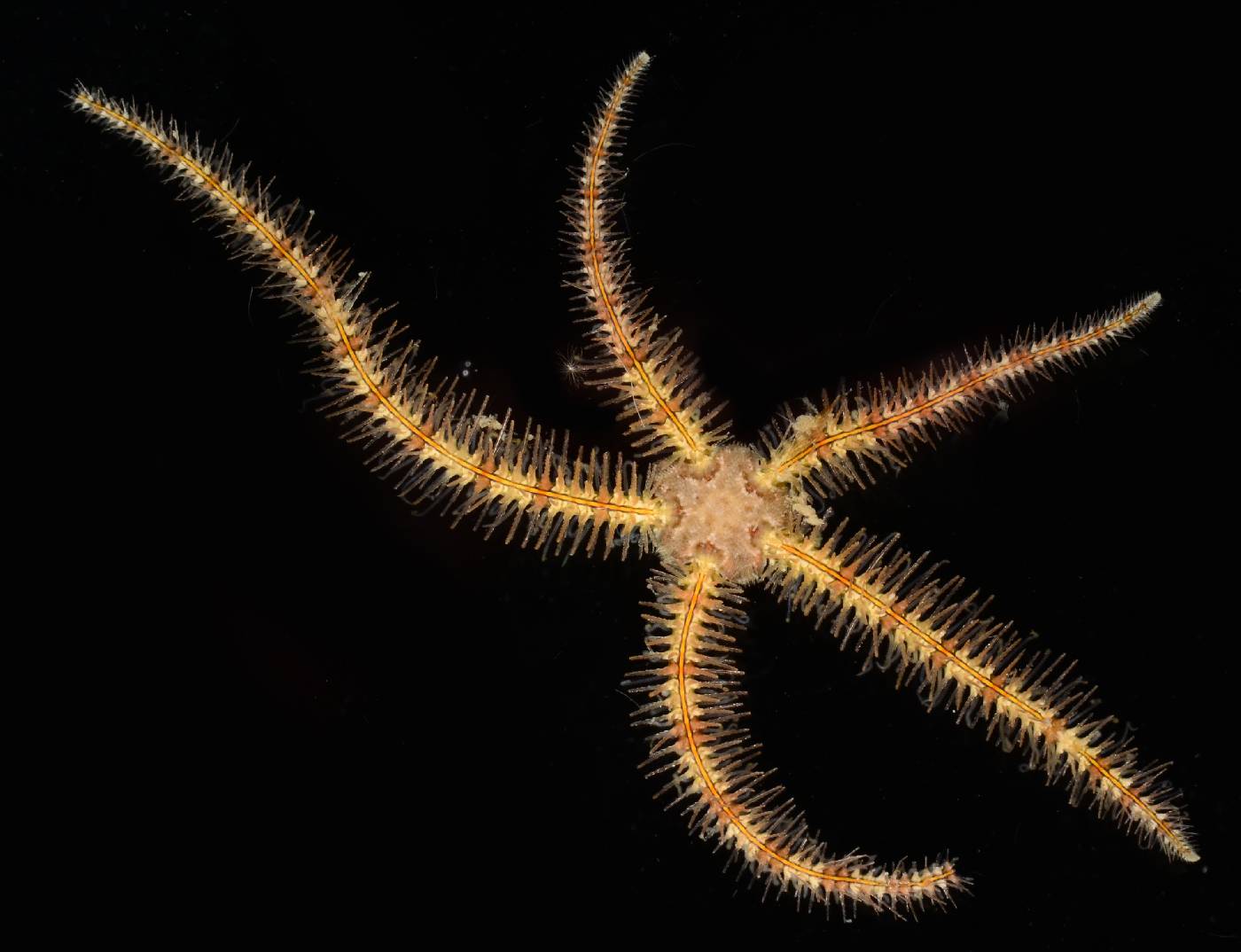 Species Description: Ophiothrix angulata is a member of the class Ophiuroidea that includes the brittle stars and the basket stars. The angular brittle star shares the basic body plan of most members of the Echinodermata with a center disc surrounded by 5 unbranched articulated arms. The spines found along the length of the arms are two times longer than the arm width. The arms have tube feet that are used for locomotion and feeding (Brusca and Brusca 1990). O. angulata is reported to be a highly variable species and it is often difficult to distinguish it from among its congeners. The color of angular brittle star is reported to vary depending upon where it is found (Stancyk and Shaffer 1977). In Florida populations, it often appears orange-red in color with a white line on the anterior of each arm.

Regional Occurrence: The angular brittle star occurs in the western Atlantic from North Carolina to Brazil at depths of 1 - 200 m (Stancyk and Shaffer 1977). Adult Ophiothrix angulata lives in reef rubble (shells), encrusting habitats (sponges), and algae (Boffi 1972, Donachy and Watbe 1986). Juvenile and young adult O. angulata (1.7 - 2.5 mm disc) are reported to occur mainly in the calcareous green alga Halimeda while the adults are found in rubble (Hendler and Littman 1986).

Regeneration: Ophiothrix angulata is capable of regenerating its missing arms lost by predation or accidental injury (Donachy and Watanabe 1986, Brusca and Brusca 1990). Calcium carbonate ossicles are formed during regeneration.

Reproduction: The reproduction and embryology of Ophiothrix angulata have not been extensively studied compared to other species in this genus. It is reported to undergo sexual reproduction by releasing its gametes into the water column in response to changes in environmental conditions as observed for other members in this genus (Hendler 2006). For spawning to occur, males and females must form dense aggregations (Selvakumaraswamy and Byrne 2000).

Embryology: Ophiothrix angulata have planktotrophic larvae that develop rapidly (Hendler et al. 1999, Hendler 2006). As with other species of Ophiothrix, planktotrophic larvae likely settle and undergo metamorphosis in habitats of adult conspecifics (Morgan and Jangoux 2005). In one study, a juvenile angular brittle star was reported to metamorphose in the water column and recruit on the green alga Halimeda opuntia, which then acts as a secondary dispersal method (Hendler et al. 1999).

Temperature: Ophiothrix angulata occurs at depths from 1 - 200 m, suggesting that it has a relatively high tolerance for temperature change. The timing of a spawning event may be dependent upon fluctuations in seawater temperature.

Salinity: In laboratory experiments, adult Ophiothrix angulata have been shown to be capable of tolerating salinities as low as 20 ‰ for up to approximately 4 days (Stancyk and Shaffer 1977). At lower salinities, the angular brittle star will become immobile after 24 hours; it regains its abilities to move and feed as the salinity increases.

Arm regeneration in adult Ophiothrix angulata has been shown to be reduced in animals kept in sea water at a salinity of 23 ‰. This result was positively correlated with the reduced solubility of calcium carbonate at lower salinities (Donachy and Watanabe 1986).

Trophic Mode: The angular brittle star is a filter-feeder extending its arms into the water column to trap phytoplankton and detritus (Donachy and Watanabe 1986). Food is captured in mucous threads secreted in between the arms (Brusca and Brusca 1990). The tube feet then transport the food to the mouth on the central disc.

Associated Species: Ophiothrix angulata is sometimes found associated with sponges, oysters, or algae (Brusca and Brusca 1990). They are often found in association with other species of Ophiothrix (Hendler 2006).

Hendler GH and BS Littman. 1986. The ploys of sex: relationships among the mode of reproduction, body size and habitats of coral-reef brittlestars. Coral Reefs 5:31-42.

Selvakumaraswamy P and M Byrne. 2000. Reproduction, spawning and the development of 5 ophioroids from Australia and New Zealand. Invertebrate Biology 119:394-402 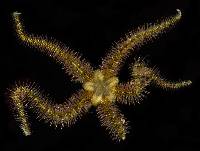 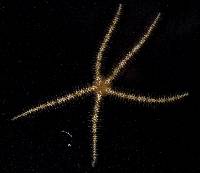 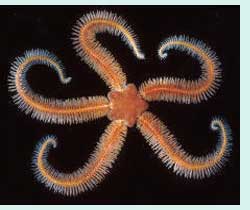