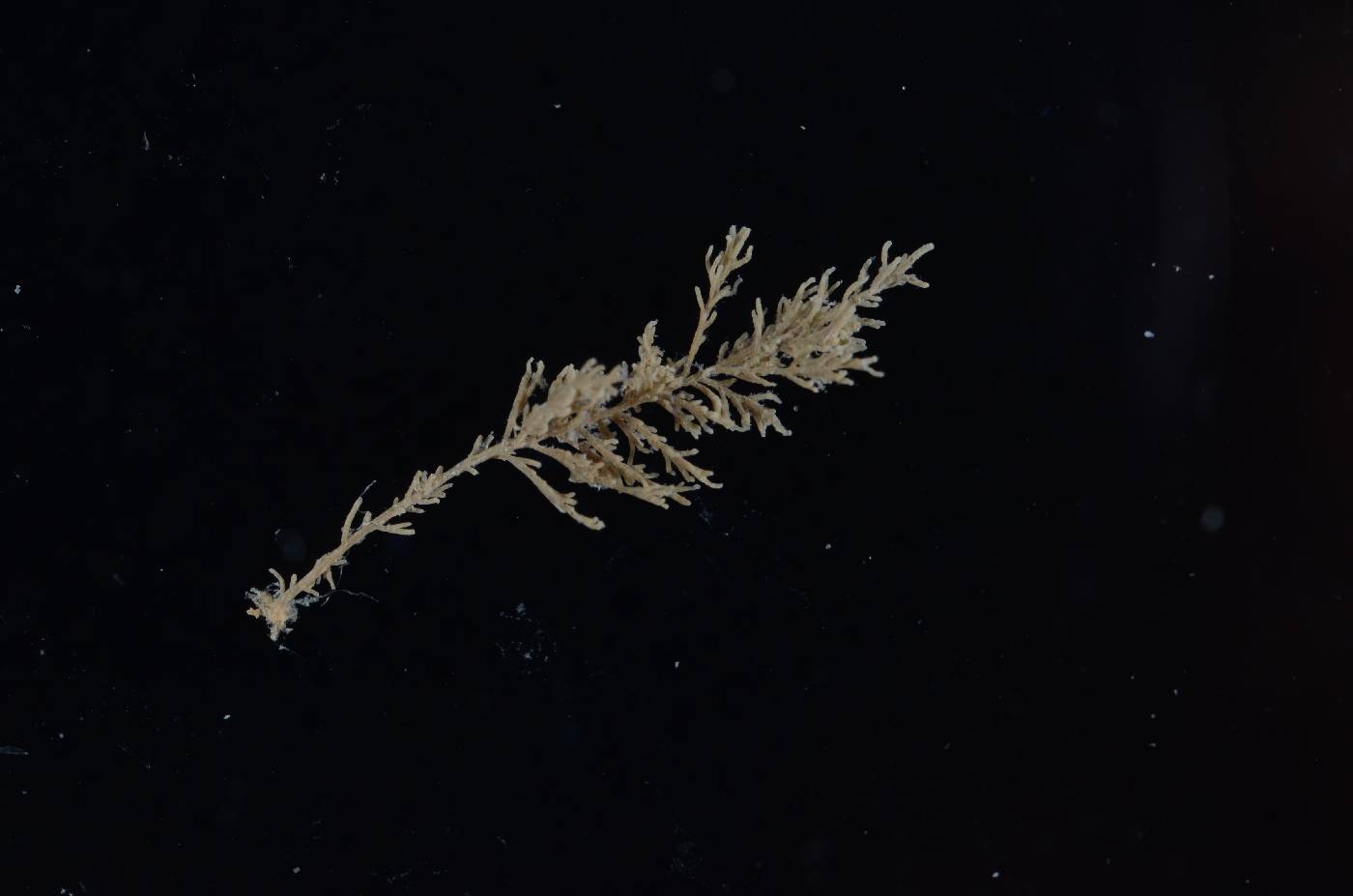 Species Description: A. palmata is an arborescent bryozoan whose colonies form limp, tufted tangles that are brown in color. Zooids occur only at the tips of branches and do not bud from the sides of mature individuals as occurs in other species. Individual zooids are cylindrical and measure approximately 0.79 X 0.13 mm (Winston 1982). The lophophore measures an average of 0.205 mm in diameter, and bears 10 tentacles. Colonies tend to become covered in a fine layer of silt that makes them opaque in appearance.

Potentially Misidentified Species: A. palmata may easily be mistaken for silt-covered marine algae. However, the presence of the lophophore helps differentiate bryozoans from algae.

Regional Occurrence: A. palmata is a highly cosmopolitan species, occurring in the western Atlantic from Massachusetts south to the Gulf of Mexico, the Caribbean and Brazil.

IRL Distribution: A. palmata is likely to occur throughout the Indian River Lagoon; however, it is considered to be most common around the Sebastian Inlet area (Winston 1982).

Abundance: A. palmata is locally abundant at Sebastian Inlet, where it can be collected between January and April. It has also been collected as late in the year as September from the Walton Rocks area (Winston 1982). In the IRL, it is considered a fouling organism (Winston 1995).

Embryology: The embryology of A. palmata is unknown.

Temperature: Due to its cosmopolitan distribution, A. palmata is considered eurythermal.

Salinity: Winston's (1982, 1995) studies have shown that A. palmata is collected in areas where salinity is typically above 30‰

Habitats: Typical habitat for A. palmata, especially around the Sebastian Inlet area is on the rocks of breakwaters (Winston 1982). 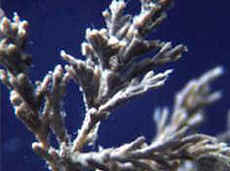