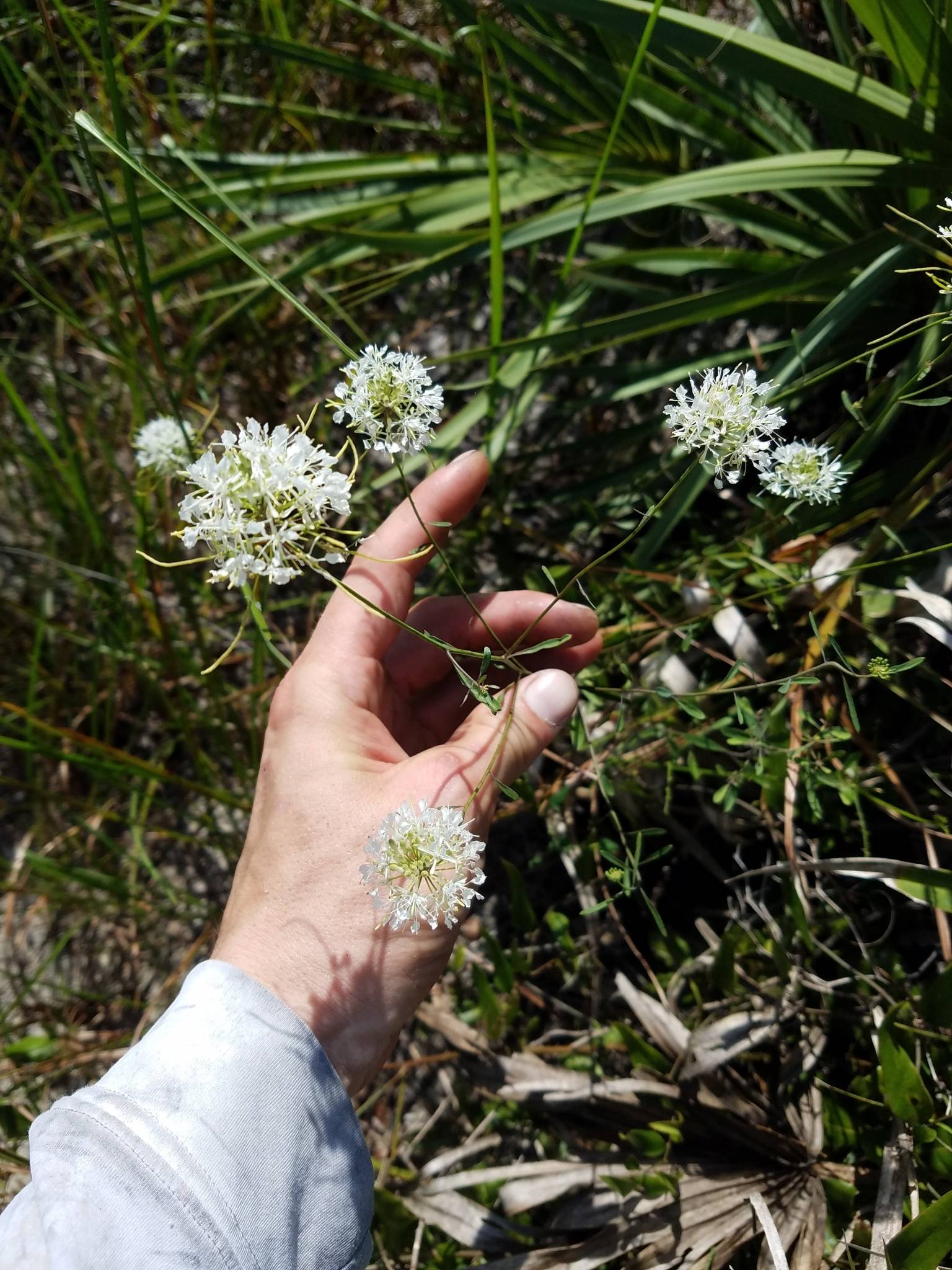 Species Description: Warea carteri is an erect annual herb that grows to a height of approximately 0.2 - 1.5 m (7.9 inches to 5 feet). Leaves measure 1 - 3 cm (0.4 - 1.2 inches) in length, are simple, alternate, and lack stipules. Leaf shape is spatulate or oblanceolate, but those nearer to the stem tip become shorter, narrower and elliptical. Lower leaves on the plant are typically lost before flowering begins. Flowers are borne on an inflorescence in dense, rounded racemes of approximately 60 flowers. Flowers are white in color and have 4 petals that are curved toward the center of the flower. Petals measure approximately 4 - 6 mm (0.1 - 0.2 inches). Six stamens are subequal in length, arising from a nectar-producing floral disc. Cylindrical ovaries measure approximately 2 - 2.5 mm (0.08 - 0.1 inches) in length, and are raised on a thin stalk (gynophore). Fruits are thin seed pods called siliques that appear on short stalks and measure 4 - 6 cm (1.6 - 2.4 inches) in length (USFWS 1996; Kral 1983).

IRL Distribution: Coastal scrub areas of Brevard County are included in the historical range of Warea carteri though there have been no recent occurrences. The USFWS (1999) considers it likely extirpated from the County, however, isolated populations may still exist.

Abundance: Carter's mustard is endemic to scrub habitats in Florida and has been classified as Endangered since the late 1980s. It is now found only on Lake Wales Ride in central Florida, but has a historical range that included Brevard County and Miami-Dade county. Present distributional records may be somewhat incomplete, however, as the plant is relatively inconspicuous except when flowering (USFWS 1999).

Growth is stimulated by infrequent fires, with large population increases often observed in the year following a fire disturbance. Evans et al. (2000) reported Warea carteri thrives in post disturbance niches, and reported population size may increase as much as 3 orders of magnitude following a fire, but decrease in the second year following a fire. This pattern is indicative that a potentially large seed bank may be present in soils. Seeds stored under dark, dry conditions remained viable for at least 2 years under lab conditions (Evans et al 2000).

Reproduction: Carter's mustard is self compatible and autogamous (self-fertilizing). Natural fruit and seed set levels are relatively high, with fruit sets of approximately 62% and seed sets of 50%. However, self-pollinated flowers have reduced levels of fruit (41%) and seed set (28%), indictating that insect pollinators are important to individual fecundity. Important pollinators include a wide variety of insects including bees, bee-flies, wasps, flies and beetles. Pollination most often occurs within rather than among plants (USFWS 1999).

Anthers begin to dehisce within several hours of flower opening, while stigmas remain receptive 2-4 days after stamens have dropped from the flower. Fruit is a silique, a thin, flattened seedpod, somewhat curved along its length and measuring 8.5 mm (0.3 inches) in length. As siliques dry, they split to disperse mature seeds. Seeds drop passively to the ground, or are dispersed slightly farther away from the parent plant if silques are brushed.

Genetic variation is lower in Warea carteri than in other species with similar ecological and life history traits (Evens et al 2000) with 6.6% of loci polymorphic within populations. Most genetic diversity was observed among rather than within populations.

Embryology: Seed germination requires both moisture and light, and occurs from approximately January through March. Flowering begins in September and lasts through October, with fruiting following from October through November. Seed dispersal occurs in December (Kral 1983).

Seedling mortality is greatest during the drier months of April and May. Plants that survive spring drought often begin doubling in height monthly once rains begin in June (ABS 2006).

Habitats: Warea carteri occurs in xeric scrub, oak hammock, scrubby-flatwoods, oak sandhills, or in ecotones between habitat types. It is often found in or in close proximity to yellow sands. In disturbed scrub areas, it is found found along ditches and roadsides. The two largest populations currently in existence occur in yellow-sand scrub, scrubby flatwoods, and in turkey oak-hickory sandhills at Archbold Biological Station and The Nature Conservancy's Tiger Creek Preserve, both on the Lake Wales Ridge (USFWS 1999).

Warea carteri has also been collected from coastal scrub in Brevard County, but not recently. Before its extirpation from Dade County, it occurred in scrub and slash pine communities (USFWS 1999).

This species is fire-associated, with increased emergence of new plants occurring in the year following a fire disturbance (USFWS 1999).

Special Status: Warea carteri has been listed federally as an Endangered species since January 21, 1987 as the result of habitat loss. The state of Florida lists it as Endangered.

The U.S. Fish and Wildlife Service recovery plan for Warea carteri states that the immediate recovery goal is to stabilize populations from further decline. The overall population will be considered stable when existing populations within the historic range are adequately protected from further habitat loss and fire suppression; and when existing sites are managed to maintain scrubby flatwoods, and turkey oak-dominated high pine areas.

Once populations have stabilized, and enough demographic data are available to determine the optimum population size that will assure a 95% probability of species survival for 100 years, Warea carteri will be considered for reclassification.

Management activities being undertaken at present include:

determining the current distribution of Warea carteri by thoroughly surveying areas of the historic range, including Brevard County;

regional and local planning to protect existing plants and habitat;

elimination of exotic and invasive vegetation;

life history and ecological research; and

public outreach to raise public awareness of the importance of the scrub community and its unique biota (USFWS 1999). 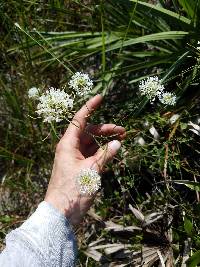 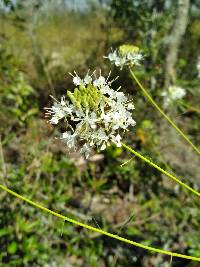