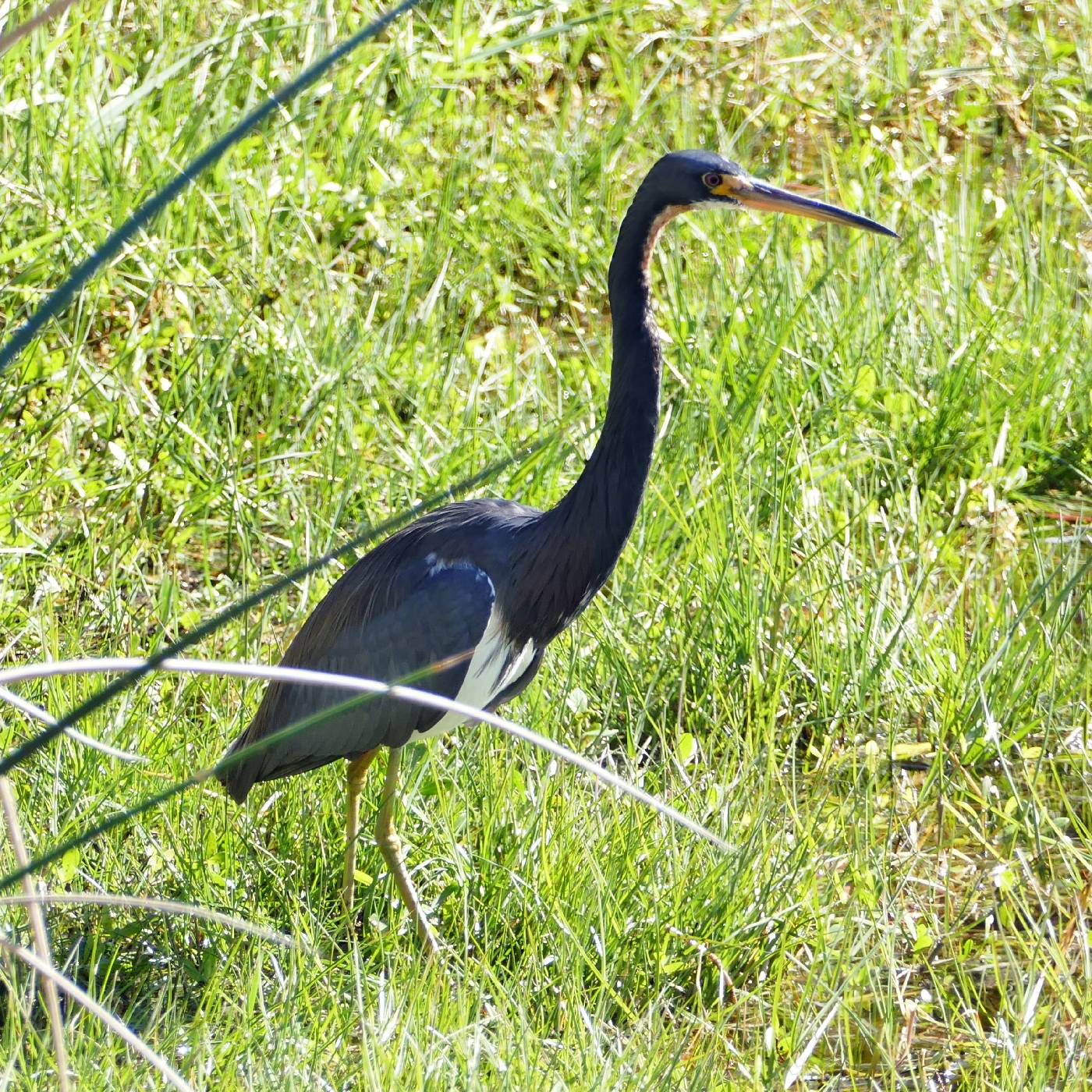 Species Description: Egretta tricolor is a medium sized, long necked wading bird of the Order Ciconiiformes (herons and storks). In this species, sexes are similar in appearance. Overall body color is gray along the neck, back and wings; and white along the foreneck and much of the ventral area. The legs are greenish or yellow in color, and the black-tipped bill can range from shades of blue to yellow.

Regional Occurrence: E. tricolor occurs along the Atlantic coast from Massachusetts south through Florida, the Gulf of Mexico and much of South America.

Reproduction: Tricolored herons begin nesting in early to mid-March in Florida (Smith and Collopy 1995). There is a positive correlation between receding water levels in Lake Okeechobee and nesting sites chosen by tricolored herons. It is believed that areas with receding water levels are preferred because they have the effect of concentrating prey in a smaller area, thus making it simpler to feed nestlings (Smith and Collopy 1995). Between 3 - 7 eggs are laid per clutch. One brood is raised each year; however, should eggs be abandoned or destroyed, a replacement clutch can be laid.

Embryology: Rodgers (1980), in a study conducted in Hillsborough County, Florida, observed a mean clutch size in tricolored herons of 2.79 eggs per nest, with a 96% hatching rate. Approximately 70.5% of nestlings survived from birth to 2 weeks of age.

Eggs are incubated for approximately 21 - 25 days. As in all heron and egret chicks, hatching is asynchronous, and occurs over several days. The first chick to hatch quickly gains experience at food handling and aggressive interactions with siblings, so is often able to outcompete its siblings. Thus, growth rates are unequal among nestmates. In one California study, it was observed that as chicks age, predation gives way to starvation as the primary cause of death (Alfaro and Russi 1989).

Food offered to nestlings includes approximately 27 different species, though the most important items in the diet were sailfin mollies, followed by mosquitofish, killifish, and golden topminnows (Smith 1997).

Smith (1997) observed that while other heron and egret species such as the great blue heron and the little blue heron will alter their diets in response to changing hydrological and habitat conditions, tricolored herons and snowy egrets do not. Rather, they change their foraging habitats and feeding strategies in order to continue to encounter preferred prey items.

Competitors: E. tricolor competes with other species of wading birds for food resources and nesting space. However, habitat partitioning and resource partitioning among species reduces direct competition such that species can coexist.

Habitats: The tricolored heron shows significant habitat overlap with other species of wading birds, particularly the great blue heron, the little blue heron, and the snowy egret (Kent 1986; Willard 1977). However, it appears to prefer small pools over lakes and bays (Chavez-Ramirez and Slack 1995). Strong et al. (1997) observed that tricolored herons were consistent in their choice of habitat among both wet and dry years, tending to avoid inland marshes and sloughs in favor of mangrove habitats and coastal marshes. When inhabiting freshwater areas such as Lake Okeechobee, Florida, tricolored herons were particularly attracted to Hydrilla and lotus (Nelumbo lutea) plants, using the leaves of the lotus for support while fishing among Hydrilla mats (Smith and Collopy 1995).

Associated Species: Though tending to be somewhat solitary in its feeding behavior, the tricolored heron can often be found in association with other medium sized wading birds.

Special Status: E. tricolor is listed as a Species of Special Concern (SSC) in Florida, but is not federally listed as threatened or endangered. 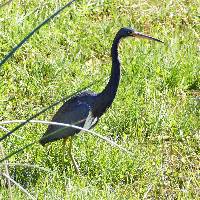 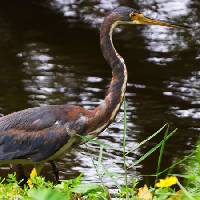 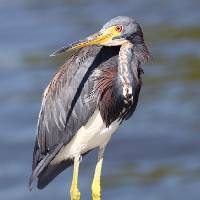 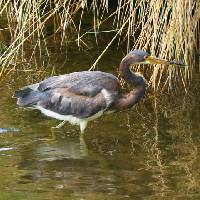 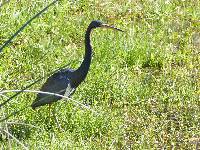