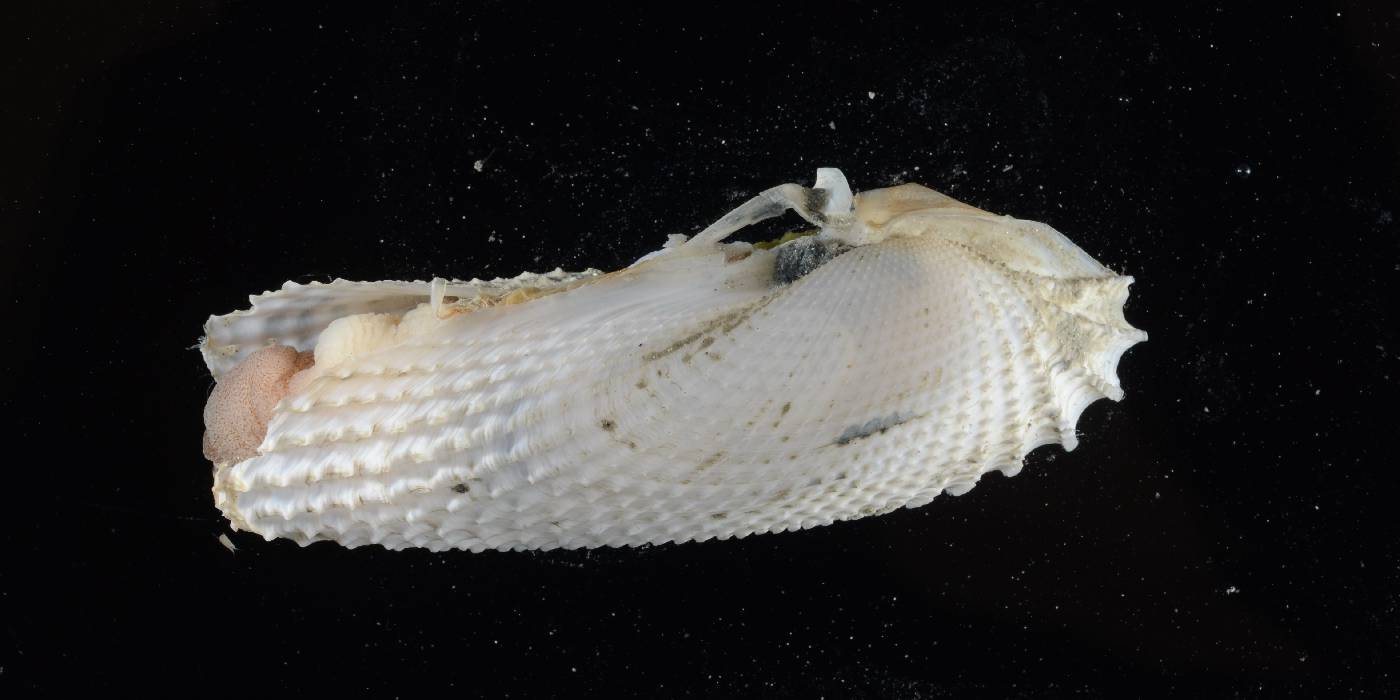 Species Description: The angelwing clam, Cyrtopleura costata, is a large sand-burrowing clam in the Family Pholadidae. Its valves are generally equal in size and white in color, with shades of pink sometimes observed. Body shape is oval and elongated, with narrowing of the posterior end. Valves have umbones 1/4 the shell length from the anterior end which are covered by a chitinous plate. Valves are patterned with radial riblets, which are sharp and angular in the anterior, and broader in the posterior. Inside the valves, behind the umbones, is a thick, winged plate that lies transverse to the plane of the valves.

Regional Occurrence: C. costata occurs in shallow waters along the eastern U.S. coast from Massachusetts to Florida and into the Gulf of Mexico to Texas. It also occurs in Cuba, the West Indies, Central America, and South America to Brazil (Gustafson et al. 1991). It is most common in the low intertidal zone, at or just below the low tide line, where it can burrow to a depth of approximately 3 feet in soft sand or muddy substrata.

IRL Distribution: Although C. costata is common along Florida's west coast, it is patchily distributed along much of Florida's east coast, including the Indian River Lagoon and Banana River, Florida (Gustafson et al. 1991).

Abundance: C. costata can be locally abundant, but is relatively patchy in its distribution throughout most of its range.

Locomotion: Upon settlement into soft sand or muddy substrata, juveniles burrow as much as 3 feet below the surface. C. costata remain buried throughout their lives, and are unable to re-burrow themselves after they attain 10- 15 mm SL.

Reproduction: C. costata in Virginia have been observed to spawn from May to September. In Florida and throughout the warmer regions of its range, the gonads of C. costata tend to remain ripe year-round, except during June through August, the months of prime spawning . Recruitment in Florida peaks from September to December (Creswell and Shilling 1985).

In the laboratory, C. costata has been induced to spawn by either inducing thermal shock (i.e., temperature of culture water is increased rapidly to approximately 29 °C), or by the addition of sperm to the culture water.

Embryology: In C. costata, a brief trochophore stage follows fertilization, with D-stage veliger larvae developing within the first 24 hours. Eggs have a limited amount of yolk, which requires that larvae begin to feed after the first day. Larvae remain free swimming for 16 - 21 days before Metamorphosis to the pediveliger stage which is competent to settle (Creswell and Shilling 1985; Tiu et al. 1989; Gustafson et al 1991; HBOI report to Florida Sea Grant 1992). Pediveliger shell length averages approximately 317 um (0.01 inches) (Gustafson et al. 1991). Competent larvae apparently require sand as a settlement substratum, as attempts to induce settlement of C. costata pediveligers on artificial or bare substrata resulted in the complete mortality of cultures across all temperature and salinity combinations within 7 days (Creswell and Shilling 1985; Gustafson et al. 1991).

In the laboratory, a 1-hour exposure to a 10-3 M solution of epinephrine induced over 95% of all competent larvae to settle on a sand substratum (Gustafson et al. 1991).

Salinity: In growth trials, optimum shell length increase for C. costata larvae occurred at a salinity of 20 ppt. in the first 8 days of larval life, and at 25 ppt. in the next 8 days. More than 70% of larvae survived in salinities of between 15 - 35 ppt (Gustafson et al. 1991).

Trophic Mode: C. costata, like other bivalves, is a filter feeder, and uses its incurrent siphon to transport microalgae and tiny zooplankton into its body. Food is "strained" from the water on the gills and is moved toward the mouth by cilia. Filtered water, waste products, and gametes are passed out the excurrent siphon.

Competitors: C. costata competes with other sessile filter feeders such as the hard clam, Mercenaria mercenaria. It is also likely to compete with suspension feeders such as bryozoans and some species of polychaete worms.

Benefit in the IRL: C. costata is indigenous to the Indian River Lagoon and has been targeted as a recreational fishery throughout its range, from Massachusetts to Brazil. However, its fragile shell, deep burrowing habitat and its limited shelf life have thus far prevented effective commercial harvesting of this species. Its commercial importance in the Indian River Lagoon could increase should it ever become widely accepted as a marketable aquaculture product.

No information is available at this time 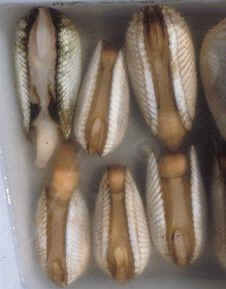 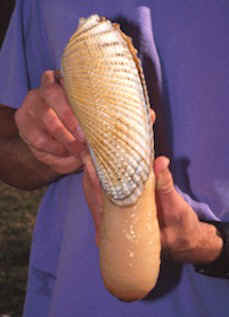