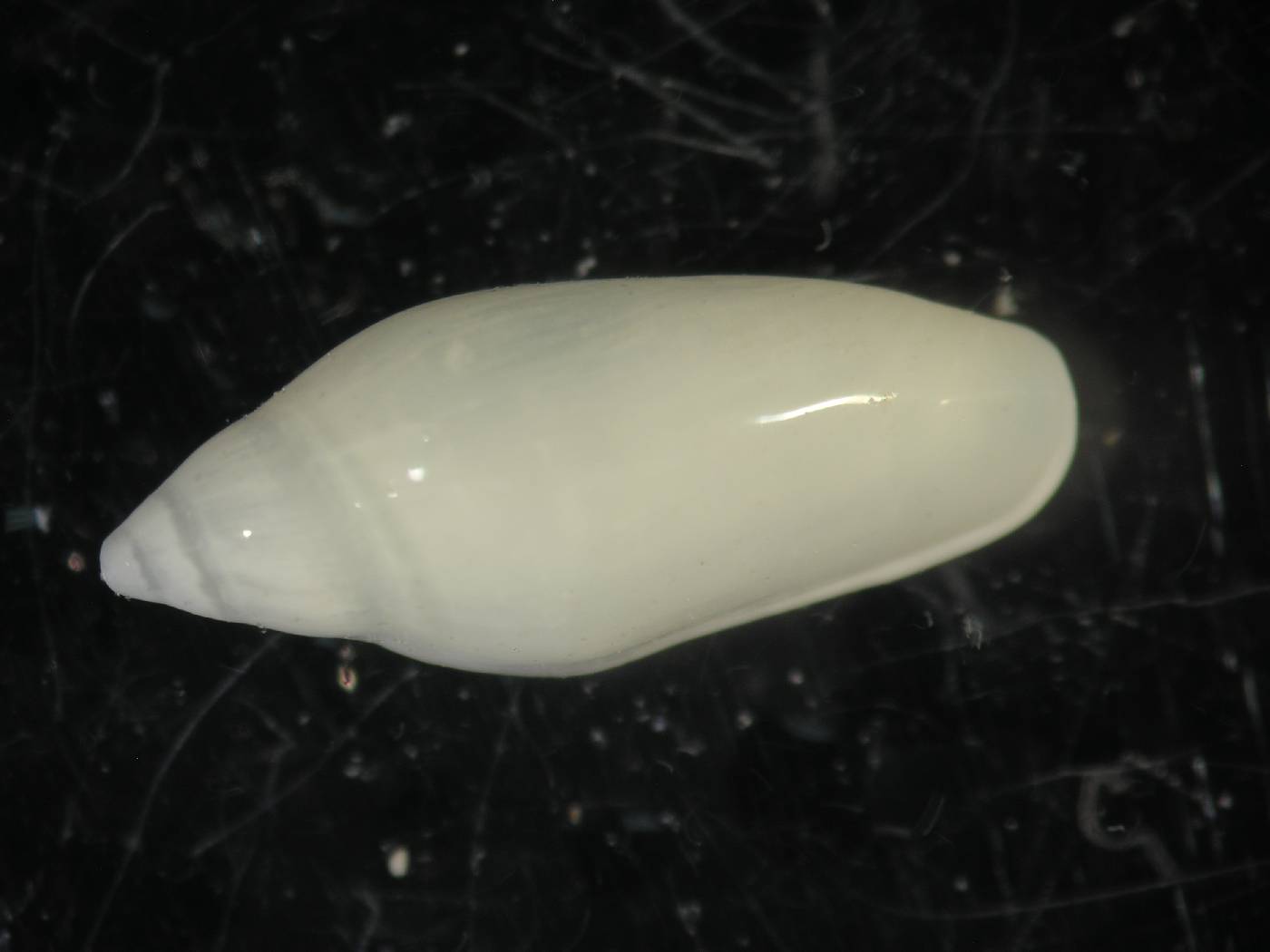 Species Description: The common Atlantic marginella, Prunum apicinum, is conical with a smooth, short spire and three to four whorls (Andrews 1994; Abbot & Morris 1995). The aperture is long and narrow with a thick outer lip that is notched at the base, and a columella with four distinct folds. Shell color varies from highly polished cream or yellow to grayish tan with a white outer lip bearing reddish brown spots.

Potentially Misidentified Species: The shape and size of P. apicinum distinguish the species from other marginellas and olives. Of these, the bell marginella, P. bellum, and the orange marginella, P. carneum, may be the most easily confused. The bell marginella is smaller than P. apicium, longer and more slender, and usually white throughout (Abbot & Morris 1995). The orange marginella is generally larger and shiny orange in color, with white bands on the body whorl.

Regional Occurrence: The range of P. apicinum extends from North Carolina through the Caribbean and Gulf of Mexico to the Yucatán (Andrews 1994; Abbot & Morris 1995). Individuals are found on submerged tidal flats and in shallow seagrass beds.

IRL Distribution: P. apicinum can be found throughout the IRL on sand flats and in shallow seagrass beds.

Age, Size, Lifespan: The common Atlantic marginella is a small gastropod with an average length of 12 mm (Andrews 1994; Abbot & Morris 1995).

Abundance: Little information exists concerning the abundance of P. apicinum, but it is considered the most common of the marginellas throughout the southeast United States (Abbot & Morris 1995).

Temperature & Salinity: Little information is available concerning the physical tolerances of P. apicinum. However, its natural range encompasses marine and estuarine habitats in tropical and subtropical climate zones. This pattern of distribution suggests that marginella populations prefer and/or require warm, saline waters in order to thrive.

Trophic Mode: Information on the diet of P. apicinum is scarce, but the species likely scavenges organic material from the sand.

Predators: Like other small snails, P. apicinum is probably preyed upon by a variety of fishes, crustaceans and larger predatory snails.

Associated Species: Although there are no obligate associations documented between the common Atlantic marginella and other species, P. apicinum is commonly found alongside organisms from the tidal flats and seagrass beds in which it resides. For more extensive information on these ecosystems and their associated species found in and around the IRL, please visit the Tidal Flat and Seagrass habitat pages. 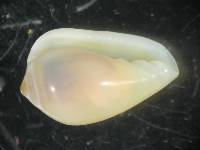